When I was a kid, my mother would always make the chewiest, most delicious brownies. Since she used an out-of-the-box brownie mix and seemed to do nothing more than follow the directions, I believed that brownies made with a box mix were always that good. However, once I began having brownies made by other people, I realized that this was not the case. Often, these other brownies were too hard, too dry, and not very good. I was surprised to learn that these not so good brownies were often made using the exact same brownie mix my mother used. So, I made a point of learning exactly what my mother did that these other people did not.

Now, not only can I make brownies just as chewy and delicious as my mother always did, I can share the things I learned with you. Sure, some people might hide these secrets away for themselves, but I believe that everyone deserves to be able to have perfect brownies when they want them.

Five Tips for Making Perfect Brownies (Out of a Box)

There are five secrets to making perfect brownies out of a box. Each of them are small things, but together they can turn an ordinary box mix into brownies your friends and family will ask for by name.

When making brownies I always recommend making a double batch using two boxes of brownie mix and doubling recipe ingredients. While you have to pay a little more attention to what you’re doing, making a double batch of brownies tends to result in better brownies. Maybe it’s the way the ingredients end up blending together. Maybe it’s the way the proportions work in the pan. All I know is that my brownies always turn out better when I make a double batch than when I make a single one. To hold this oversized batch of brownies, I recommend using a regular 13x9 inch cake pan.

Bigger isn’t always better, especially when it comes to making brownies. Often, the brownie mix instructions will suggest that you use large eggs. This is a mistake. Large eggs are great for a lot of things, but brownies are not one of them. Instead, use medium or even small eggs when making your brownies. If this seems to make your brownie mix a little too dry, compensate by adding a little extra water. Be careful not to add too much. In fact, if you’re going to add extra water to your brownie mix, add it a spoonful at a time, keeping in mind that brownie mix is often much thicker than cake mix and should remain that way.

Always mix your brownies by hand. It is all too easy to over stir your brownies when using electric mixer. Instead, use a handheld whisk or even a spoon. Anything is better than an electric mixer. When mixing your brownies, stop when you can no longer see eggs or dry powder. Continuing to mix will only result in brownies that her to dense or hard to really enjoy.

#4 Go Easy on the Oil When Greasing the Pan

Before you put your brownie mix in the pan, you will need to grease the pan. Some people choose to use spray on cooking oil. This can work if you’re careful to get a thin even coating of spray on the pan. Personally, I recommend using regular cooking oil. Just pour about a teaspoonful of oil into the pan and use a folded up paper towel to spread the oil over the surface of the pan. Make sure to get the oil into the corners and up onto the sides of the pan so that your brownies don’t stick. If it seems like too much oil, use the dry part of the paper towel to absorb it.

#5 Hit Them on the Counter

The final and most important secret to making perfect brownies is what I like to call hitting them on the counter. It sounds silly but it works. When you put your brownies in the oven, set the timer to go off when the brownies are half done. When the timer goes off, check to make sure the brownies have started to rise. If they haven’t, wait 5-8 minutes and then check again. If they have already risen, carefully take the brownies out of the oven and hit them gently against the counter to make them ‘fall.’ The brownies will appear to collapse.


It can be difficult at first to judge just how hard and at what angle to tap the brownies against the counter, but once you figure out what works, it’s incredibly easy. Just make sure you’re not hitting them hard enough to cause them to shift to the side. If they seem to fold or slip around on the pan, you’re doing it too hard. Once your brownies have fallen to about half their height, put them back in the oven to continue cooking.

When the brownies appear to be done, test them as you would test a cake, by inserting a toothpick or knife to see if it comes out clean. While chewy brownies will be a little moister than a regular cake, the knife or toothpick should still come back batter free. Let them cool for as long as you can stand to wait, then cut them into squares and enjoy. You may even want to add a scoop of vanilla ice cream for an extra delicious treat.

So, those are my secrets to making the perfect brownies. I learned most of them from watching my mother as well as a little trial and error on my own part. If you love these tips, please consider sharing this article with your facebook or twitter friends. I appreciate each and every share.

Brinna Blaine is a writer at Expertscolumn.com. 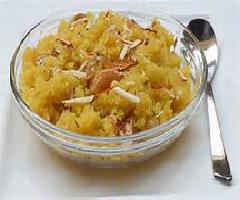 How To Make Suji Ka Halwa Or Semolina Dessert?

I want to share this easy recipe of Suji ka Halwa with you so that when ever there is any demand of dessert then this instant recipe will help to create good impression to complete the feast. it is very common sweet dish item cooked in our homes and we Indians are used to it. 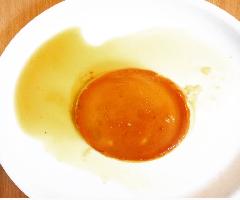 The best part about this caramel custard recipe is that it is easy and cooks in no time. Also, kids love this dessert. 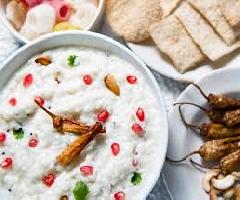 How To Make Curd Rice?

Thayir sadam or curd rice is a popular South Indian recipe. Curd rice is made as an offering to the deities in many South Indian temples and later distributed among the devotees as prasadam.

There are no comments yet.

How to Make Egg Pudding Without Oven

How to Cook Dried Chickpeas (Garbanzo Beans) Without Soaking

An Indian Single Malt Whiskey by Amrut that R...

Flavor Your Recipes with Herbs...